Last weekend I saw the movie "Secretariat". What a great film. Reminded me of awhile back when I got to work on a shoot with Racing Hall of Fame jockey Gary Stevens. (he has won 8 Triple Crown races, was one of People Magazine's 50 most beautiful people, and starred in the movie Seabiscuit), at Santa Anita Racetrack.

One of the really cool things about my job is meeting people I'd never meet normally, and gaining access into areas and places the general public doesn't get to go.

Gary was nice enough to take me in the jockeys room and let me check it all out. Huge scales (they get weighed before races and for most jockeys it's a constant struggle to keep their weight down), colorful silks and the coolest part was I felt pretty damn tall at 5'0.  lol 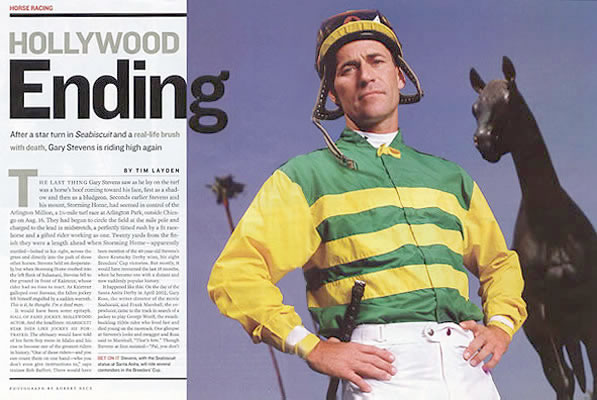