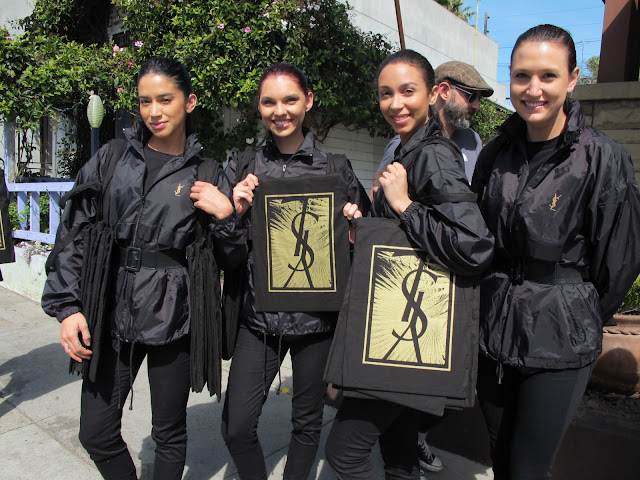 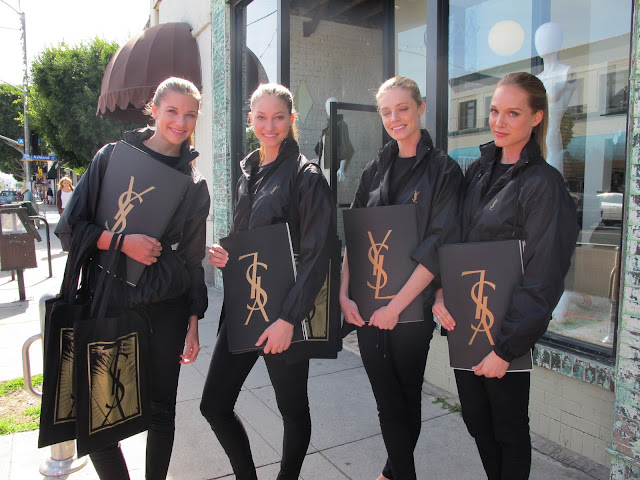 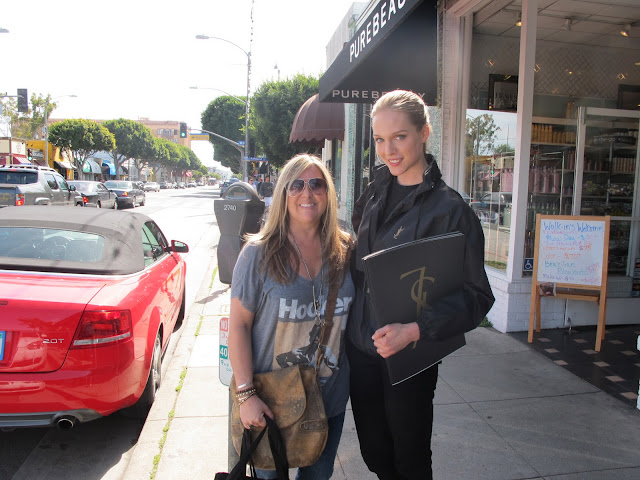 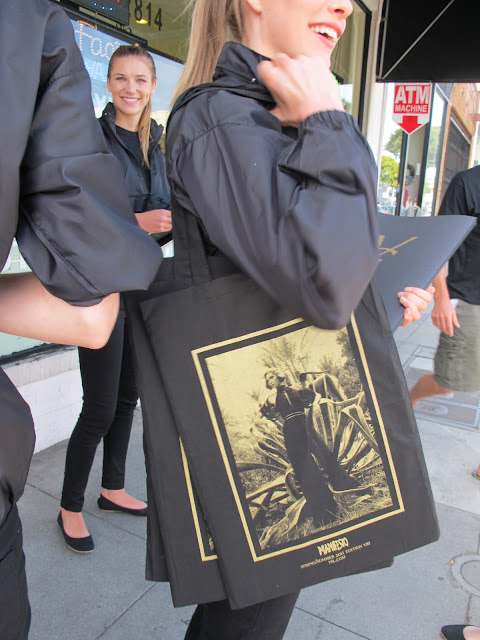 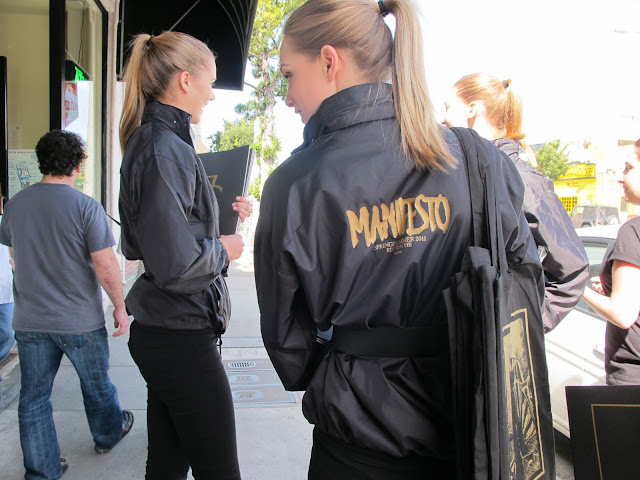 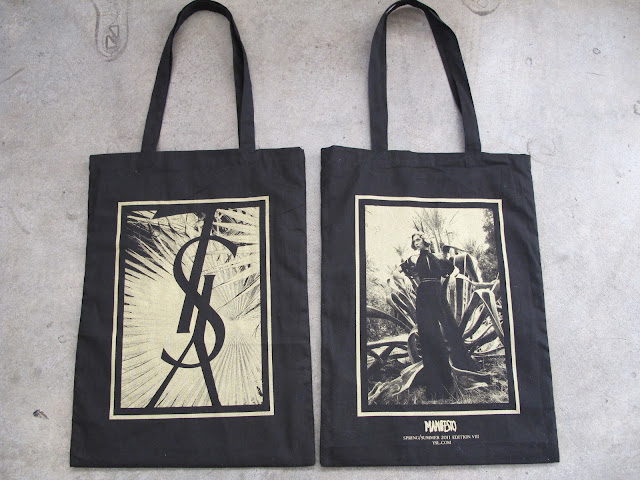 The gorgeous bag and the amazing YSL book inside 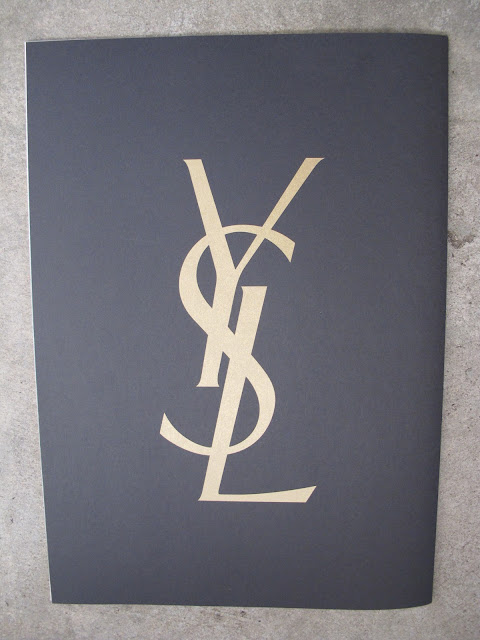 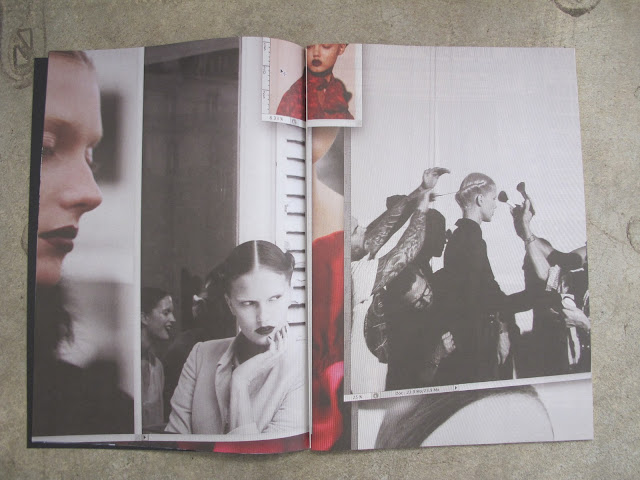 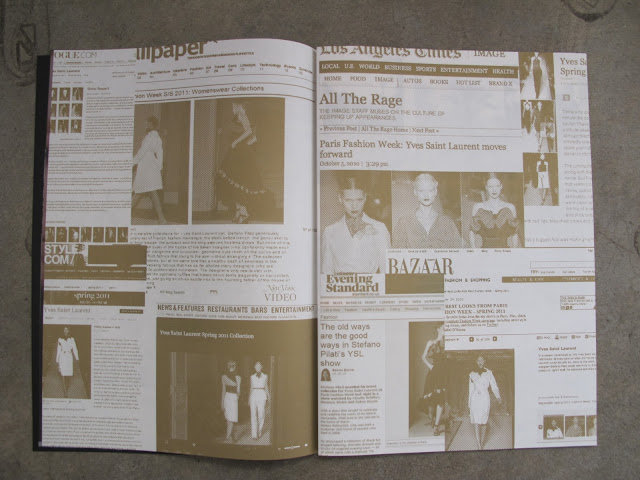 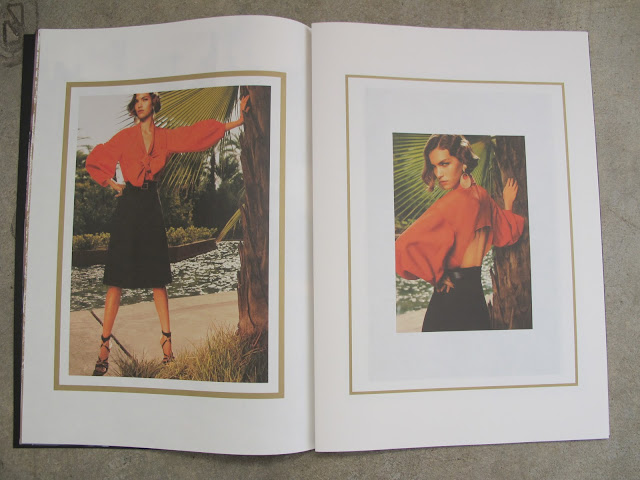 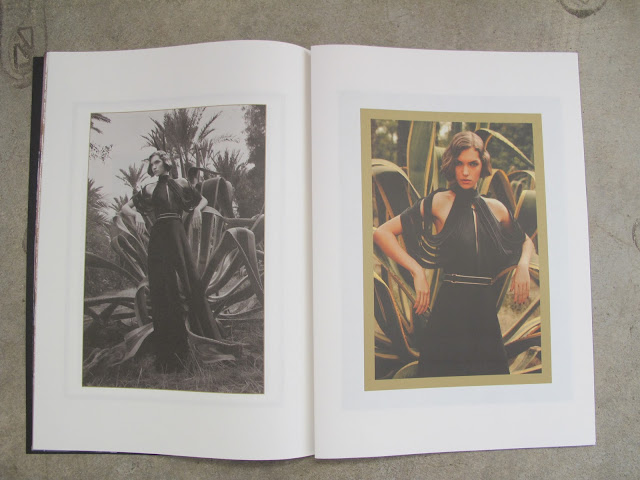 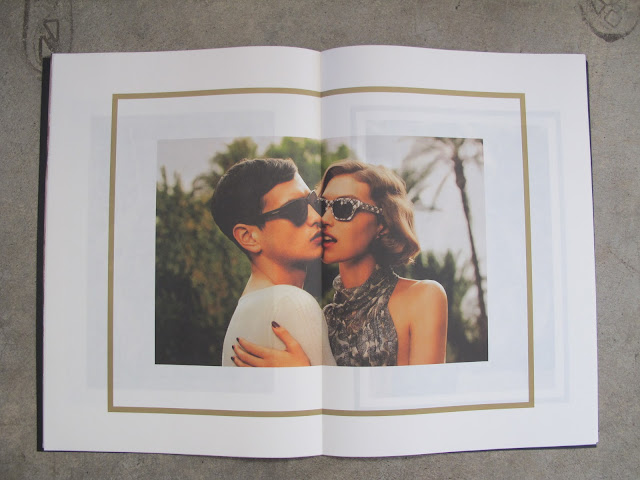 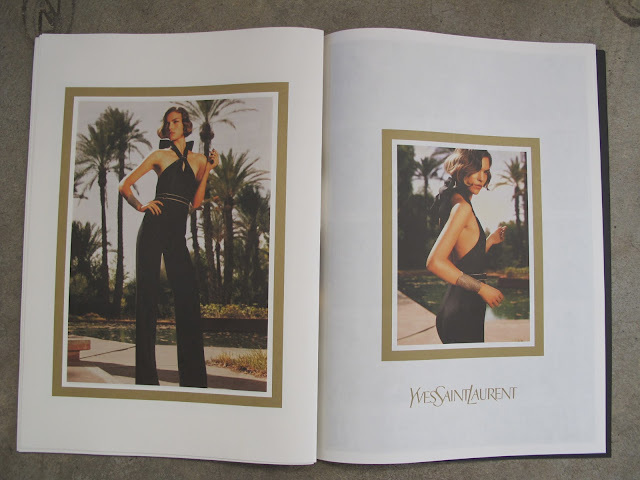 Had quite the adventure today trying to track down the YSL Manifesto girls in Venice and Santa Monica. In case you don't know about this - YSL distributes the Manifesto Book and limited edition YSL tote (free) in various places through out New York, Paris, London, Hong Kong, Tokyo, and Milan, but this is the first time LA has been part of it, so I was very excited!

We cruised up and down Abbot Kinney for well over an hour before they arrived and we spotted them, but it was well worth it!  I am sure they probably thought I was a total freak when I sprung out of the car while screaming  "Manifesto Girls!!".  But they were gracious enough to pose for a photo - which they of course all look gorgeous in.

We then were heading to lunch and we spotted the second group of YSL girls over on Main Street in Santa Monica so I had to stop and bombard them again - I think I was the only person in the beach area today who knew what was going on and was super excited about it.
I heard on twitter that Robertson and Hollywood Blvd were busy with people looking for them but Venice and Santa Monica just didn't seem that crazy... except for me..

Wow! I want this beautiful book (and the bag, naturally). If I only knew where they are hiding in London!

So funny my girlfriend did the same thing. She said she saw them and just screamed and jumped out of her car. She was in Santa Monica and on her way to work.