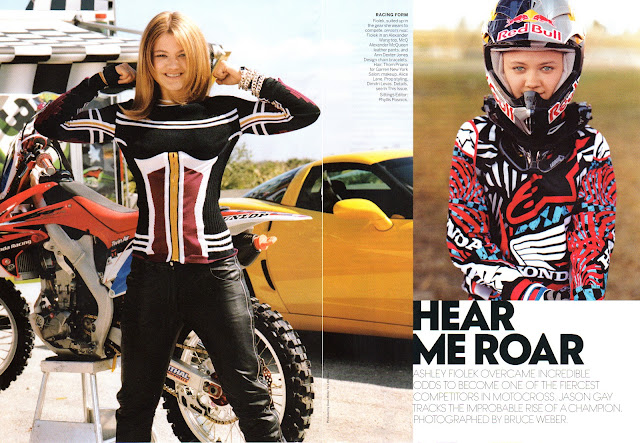 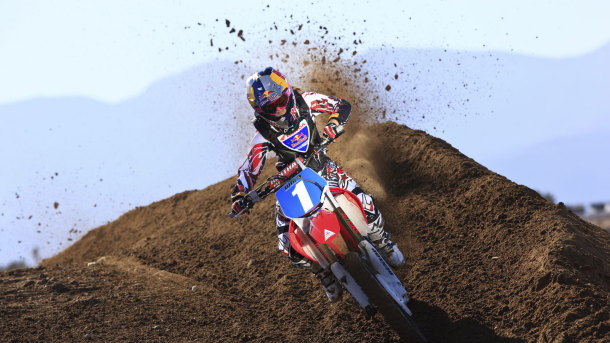 Ashley Fiolek can't hear the roar of her bike, or where the other riders are on the track, being deaf makes that impossible. But what isn't impossible is the way she has been dominating motocross since turning pro four short years ago. She has become one of the most well known racers in motocross, male or female, and with the feature in Vogue (sporting AW & McQueen), as well as New York Times Magazine (Rag & Bone), she is well on her way to becoming know in fashion circles as well.


The girl who colored her hair bright pink so the boys would absolutely know, with no uncertainty, that they had been beaten on the track by a girl, and can then turn around & rock some rad fashion off the track, is bad ass on every level in my book.


** Big shout out to my friend Renee for doing the hair & make-up on the NY Times magazine shoot with Ashley (pictured above). Can I tell you how much I wish I had been on that one? xx
Posted by Cindy Whitehead

You should have been there! Love it when fashion and sports meet.

Yes that is always a fantastic combination of Fashion and sport wear.
Actually every sports has its own style but costumes are always necessary. Thanks for this post.