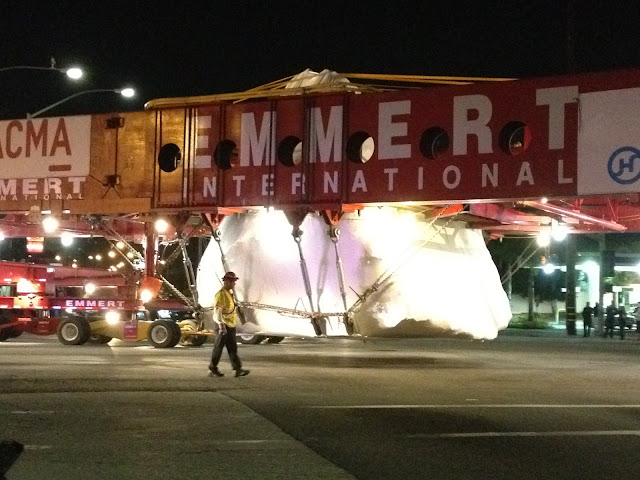 Swathed in Egyptian cotton sheets under this tarp, the rock travels in mega style 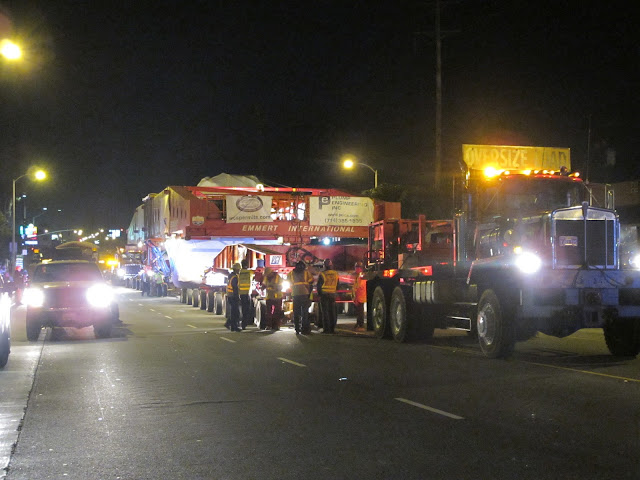 Oversized Load is a bit of an under statement. 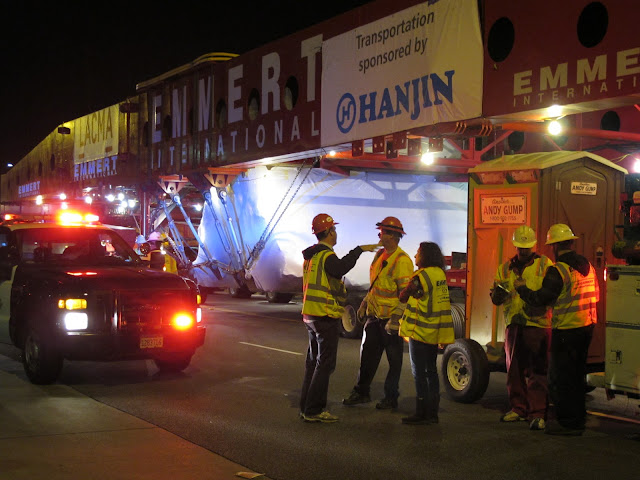 Traveling with its own port-a-potty. The Rock is so LA. 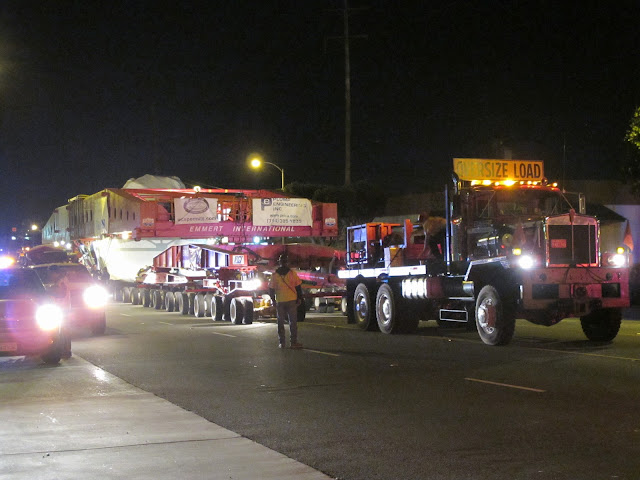 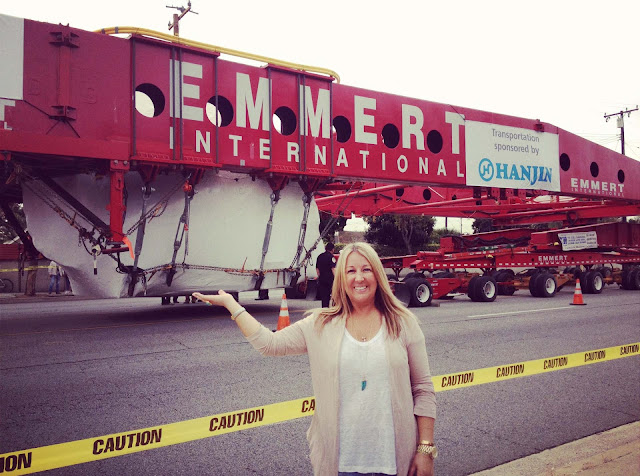 Yep, I am holding a 340 ton rock in the palm of my hand. Some random dude who took my  picture made me do this. I swear..

In case you have been living under a rock (bad pun, I know) and haven't heard, we have a 340 ton rock moving (slowly) through the streets of LA at night. A new instillation at LACMA called Levitated Mass is being created by artist Michael Heizer and this rock is the final piece. They say it's one of the largest megaliths moved since ancient times.

I have seen it while it has been "resting" during the day out in La Mirada and again last night as it crept through the streets of Carson at midnight, and here's what I can tell you about the LACMA Rock and my experience.

* The Rock only travels at night from 10 PM-4 AM so it doesn't snarl traffic as it takes up 3 lanes of the streets it travels on.

*It's costing 10 million dollars to make this 100 mile trip. Before you get your panties in a bunch, it's not being paid for by the public. It's all via private funding.

* It weighs 340 tons and is on a custom built trailer that is 200 feet long - which is about a 1/2 of a city block in length! Watching it turn corners is insane.

* They have utility workers going ahead of it to move the hanging street signs out of the way as it's too tall to go under them.

* It's wrapped in Egyptian cotton sheets under the white covering you see in the photos here (I kid you not, that rock has style!)

*A  guy in a hard hat and rollerblades skates with it, filming it's journey

*It travels with it's own Port-a-Potty. Ok well it's really for the workers involved, but it is pretty Rock-Star like.

*People are out in the streets in in the middle of the night in their bathrobes, with their dogs and kids in tow as it makes it's way down various city streets in an unconventional route as it can not travel on the fwy.

*Helicopters hover overhead as it moves and news vans follow along to catch it's journey.

* You go out in the middle of the night to see it and end up talking to people you have never met all filled with excitement and wonder watching this event - it's pretty damn cool to discuss art on the street at 1 AM!

Tonight is the final leg of the journey & it will be heading down the Wilshire corridor where it will end up at LACMA. So head on out, grab some blankets and a chair to watch for it's arrival. There will be a 5K "run behind the rock" as well as food trucks and much more. So come on out and party like a rock star!

So cool! I wish I was in LA to see it but I guess it is now home so I can catch it later. Super cool!