Get This Party Started

I for one think its awesome that the Canadian Women's Hockey Team let loose on the ice with an improtu party after they won the gold medal at the Olympics. They drank champagne and beer, smoked cigars and had a blast. They even tried to drive the Zamboni around in celebration.

The Olympic Committee doesn't seem to feel the same way - and has asked for an apology... Perhaps the IOCC should worry more about the luge athlete who died on the track in training runs and the malfunction during opening ceremonies than some kick ass girls having some innocent fun. 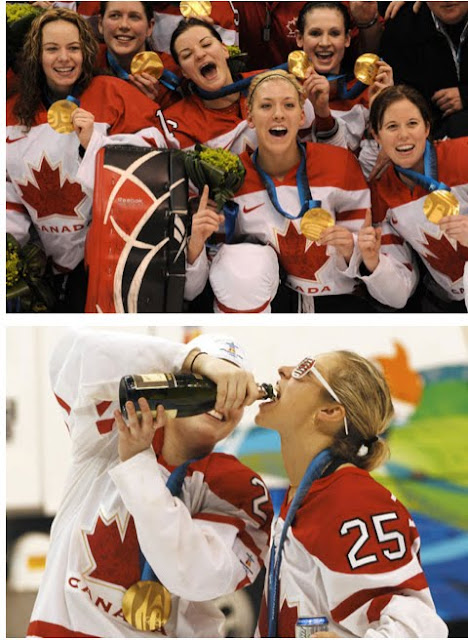 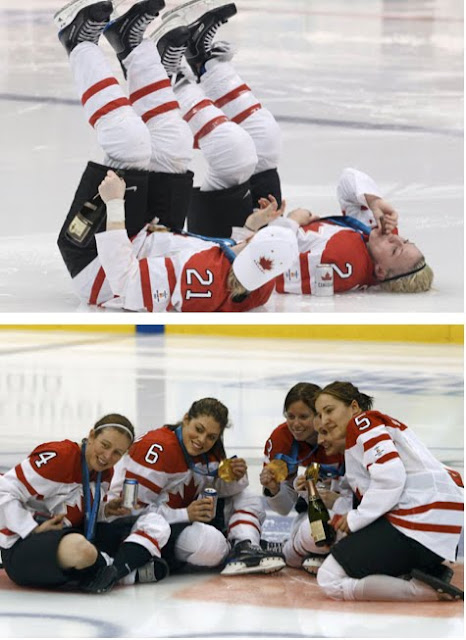 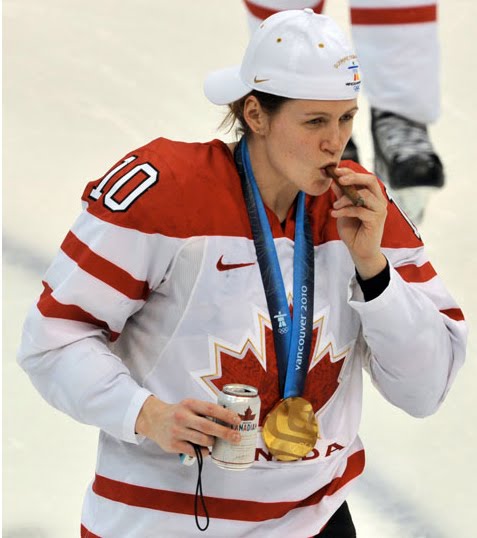 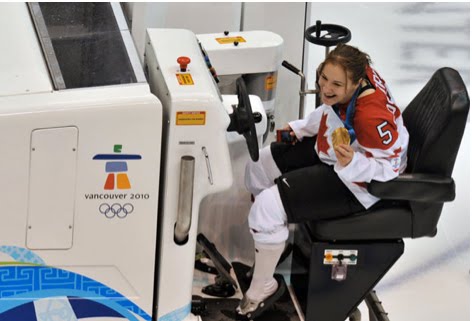 Yes, i wacthed Vancouver! but although i lived in england i never supported them Canada all the way only because i've always thought of cannadians to be the gods of Hockey am i right?!
apologies for all my spelling mistakes !cindy ^_^
by the way does your blog have a facebook account?!

Four words : I Love this post
heheh. (:
Oh, and thanks so much for your sweet sweet comment!
Panda xx

Four words : I Love this post
heheh. (:
Oh, and thanks so much for your sweet sweet comment!
Panda xx

i wonder if they would have cared if boys did this... they always give girls a harder time! it looks like they had fun so i think it's all good.

fall in love with a shooting star...
http://youareashootingstar.blogspot.com/

As an eye witness to the celebration I can tell you it was as innocent as can be. The ladies we're genuinely happy and no one was around at first until the press starting filing out of the media center to capture the pictures, without which it's a non-issue.

Keep in mind Jacque Rogge has made comments that lead to believe Women's Hockey days are number, gone the way of softball. This may have been one of the last chances to celebrate this kind of victory. Congrats to all the medal winners, it was one of the better women's olympic hockey tournaments.