Do You Know The Way To Funky Town?

I finally got to attend my first "Flash Mob"  today. If you are not familiar - it's where a large group of people go to a populated area and all of a sudden start dancing to music - sometimes its choreographed, sometimes its "free form".
This particular Flash Mob was Disco so everyone dressed up in 70's wear, they had a portable disco ball, a huge boom box and we all went to a mall in downtown Los Angeles and danced on each floor and the escalator, then danced through the streets of LA, onto the metro line, into Union Station and back down to the subway and over to the LA public library.
What a fun group of people! Everyone was ready to just dance and have a great time. People were smiling everywhere we went (except some security guards). I totally loved when people joined in and danced with the "mob".

One guy asked everyone we met "Do you know the way to Funky Town?" and invited them to join us - totally a rad day with a fun group of people. 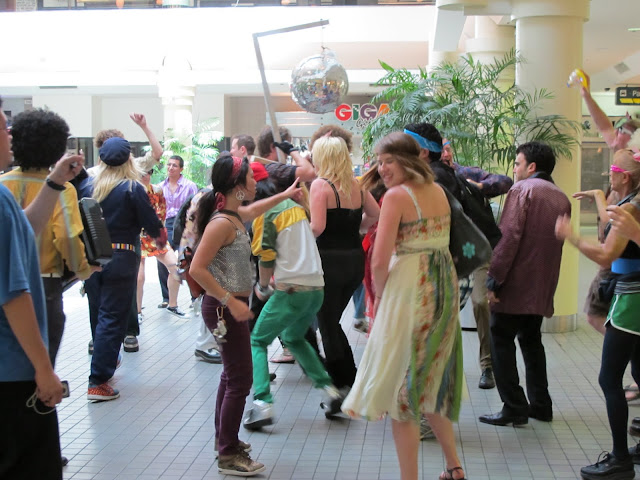 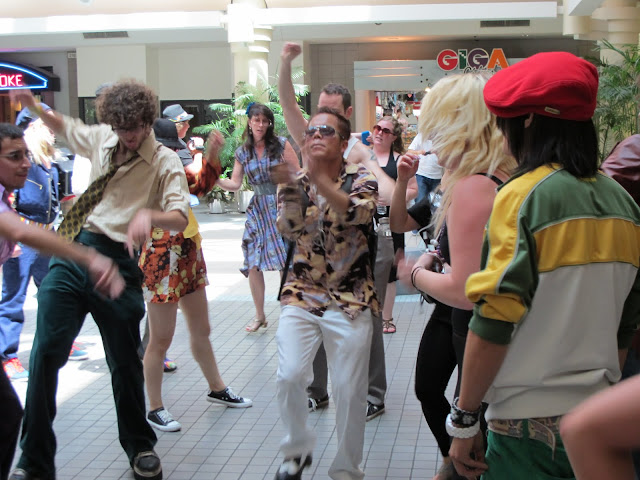 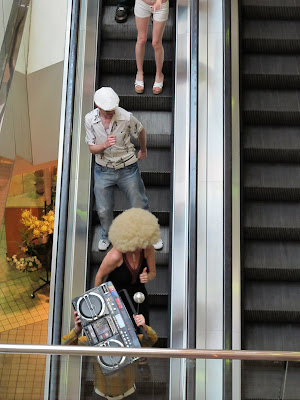 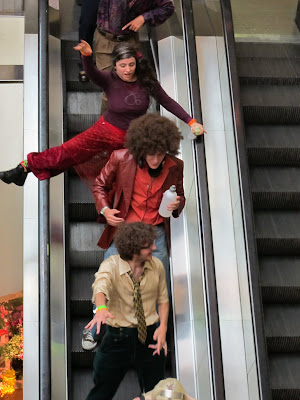 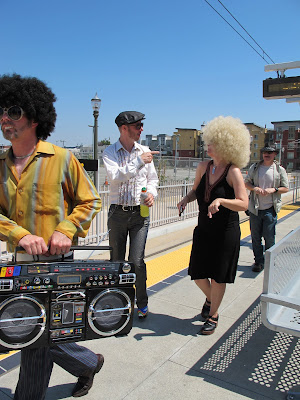 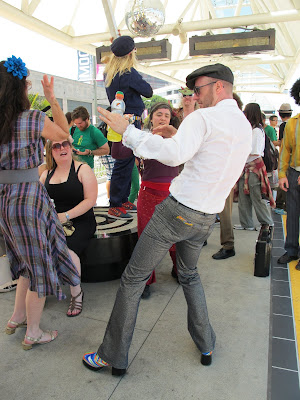 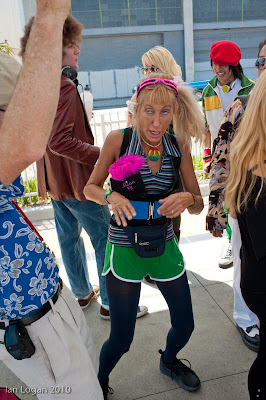 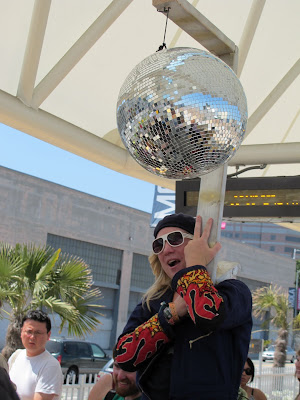 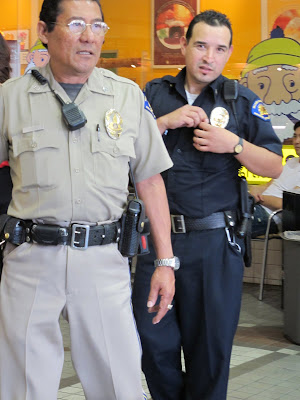 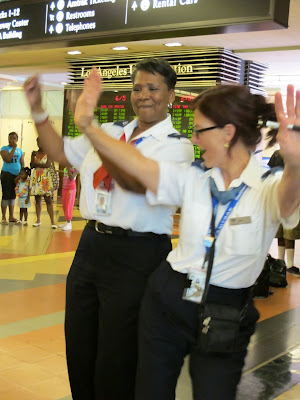 You are soooo cool! I love that you actually participate in all of these great adventures!
I wanna go!
xo

That looks so fun!! It sort of reminds me of the parade scene in Ferris Bueller. ; )

excellent! Gonna put flash mob on my future to do list as well.

haha sounds like fun, really want to be part of one

Oh wow: that's so awesome. It looks like soooo much fun!!! I would love to do one one day.

Dude! that is totally awesome! People need to do that more. Life is ment to be fun!

what a crazy people this is really a crazy city